The Patio Ranch, located in scenic Hunt, Texas, was the first commercial exotic game ranch in the state. Previously owned by Richard Friedrich and Eddie Rickenbacker, Louis Stumberg Sr., a life-long outdoorsman and champion of wildlife conservation all over the world. The ranch is currently in the capable hands of his children and grandchildren, who aim to preserve the ranch’s legacy and act as stewards to the land and the animals which inhabit it.

The ranch has a rich and storied history, beginning when Mr. Friedrich purchased the property, then known as the Bear Creek Ranch, in 1929 intending it to be used as a dude ranch where people could ride horses and see longhorns while enjoying the ranch life. Shortly after the purchase, the Great Depression hit, forcing Mr. Friedrich to lay off many of the workers in his refrigeration business, though he offered nine employees and their family work and refuge on the ranch. These workers built the majority of the infrastructure still seen at the ranch, including the beautiful two-story lodge that serves as its headquarters to this day. Many of the original furnishings are still featured in the main house, most notably the bar, which features antique saddles that were converted to barstools, where notable figures of the likes John Wayne and Tex Hill sat to enjoy a scotch after a long day.

Eddie Rickenbacker bought the then 2,700-acre ranch in the early 1950s, who allowed clients from Eastern Airlines to hunt both the native wildlife and the exotic animals brought in by Friedrich. This was the first instance of commercial hunting of exotics, which has now grown into an enormous industry all across Texas. In 1957, the ranch was sold to the Boy Scouts, who found themselves unable to afford and maintain the infrastructure on the high-fenced portion of the ranch. This portion was then sold back to Richard Friedrich in 1959. Mr. Friedrich and his wife, Gertrude, who had no heirs to continue the legacy of the ranch, searched to find a buyer that would love, respect, and care for the property as they had. Through a mutual friend, the Friedrichs sold the ranch to Louis and Edward Stumberg along with their father. Louis and his wife Mary Pat kept their promise of stewardship and conservation, which was then passed on to their children and grandchildren.

Mr. Stumberg was passionate about the future of hunting and conservation, which he instilled in generations of hunters he brought out to enjoy what is now known as The Patio Ranch. He emphasized doing things the “right way.” He believed the animals should be hunted in the most ethical way possible and strove to implement practices that allowed the herds to develop and improve. Since Louis was on the board of the San Antonio Zoo, he was able to bring in surplus animals and give them a life outside of an exhibit. He worked extensively with US Fish and Wildlife to begin a permitting system that would allow the sustainable hunting of animals that were endangered in their native habitats, stipulating that only surplus animals could be harvested and that efforts were being made to keep the herds healthy. Louis also gave back 10% of proceeds made through hunting and live sales to the countries of which the animals originated, which would be used to protect their native habitat in hopes that they wouldn’t be further destroyed by development and human activities.

Before Louis’s passing in 2011, he made sure the future of the ranch was in capable hands. Gary Ploch, his long-time friend and manager of the ranch for over 40 years, recently passed the torch to Daniel Gray, who now lives on the property with his wife and two children. In addition, Louis and Mary Pat’s children Herb, Eric, and Diana, as well as his four grandchildren play an active role in managing and improving the ranch’s ecosystems and wildlife so that it will be around for generations to come. Louis’s legacy can be felt all over the Patio, and we hope you’ll join us on this beautiful ranch to “tell a different hunting story!” 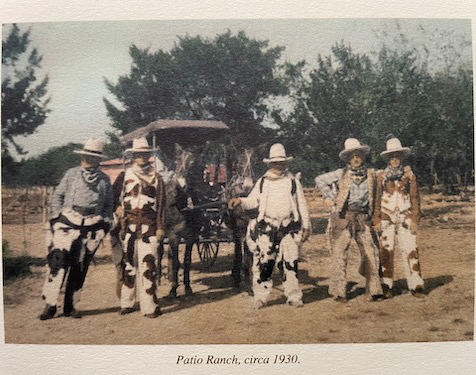 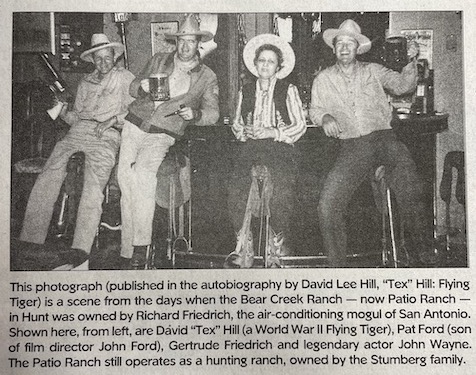 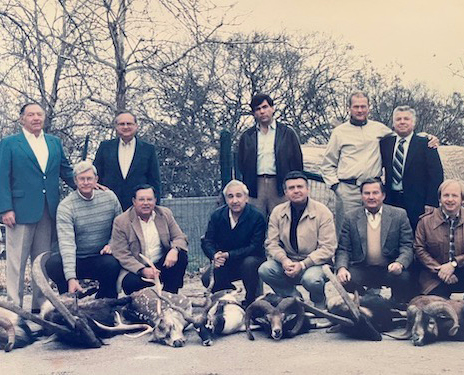 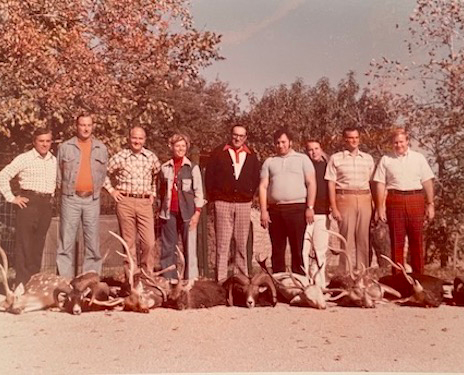 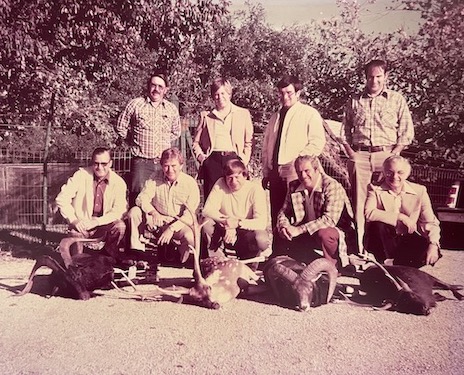 Minimal Management: A number of the Patio Ranch breeding programs are in a free-ranging environment. Minimal control is placed on breeding participants. Only selective culling of individuals displaying undesirable characteristics (e.g. regression due to old age, poor antler configuration or broken horns in the males, non-productive or post-productive females, poor physical condition, signs of disease, injury) is practiced. Members of the herd are sometimes tagged or marked but not kept in areas conducive to regular capture. The programs managed in this manner are Axis Deer, Blackbuck Antelope, Pure European Mouflon, Fallow Deer, Aoudad, 4-horn Sheep, Gemsbok, and the native White-tail Deer.

Intensive Management: Three of the endangered species herds on the Patio Ranch and four other programs with rare animals are intensively managed. Selective breeding is practiced where only males with desired characteristics and traits are kept in the breeding areas. Any young male born to the breeding herd females is removed prior to their first birthday to prevent their participation in the breeding program. These non-breeding males, when removed from the breeding herd, are placed in a free-ranging situation with no access to the breeding environment. Genetic lines are monitored and any male or female possibly involved in the appearance of undesirable traits is removed from the program. Breeding males are replaced at planned intervals, generally with new sires unrelated to the herd. Most or all of these herds are tagged or marked for identification. The species managed in this manner are Addax Antelope, Arabian Oryx, Barasingha Deer, Manchurian Sika Deer, Markhor, Nubian Ibex, and Stumberg Sheep.

Hunters for the Hungry