Mark and David had planned and set-up this hunt late last year. They, as many of the guests that visit the Patio Ranch, enjoy sharing the hunting experience with good friends and/or family that share the enthusiasm and joy of this wonderful legacy.
The day started in a blur of activity as there were four great animals to hunt in only 1-2 days of hunting time. It was one of those great “blue skies” days of early summer that added to the beauty of the hunt. The pastures were fairly green thanks to the late winter and early spring rains that grew wonderful nurturing weeds for the wildlife and added a pleasing soft feel of new vegetation underfoot. It also aided in the quiet stalking conditions.
Some really beautiful Nubian Ibex were found first in a cedar brush line near one corner of the pasture. Mark drew the first hunt opportunity and set up in the bottom of an oak motte in an open draw. Eventually one of the large ibex left the cover and started traveling down the hill and onto an open hillside that afforded an adequate shot at one of the Ibex for Mark. He aimed and fired, taking the first magnificent animal of the day.
A second Ibex was spotted leaving the area near the location of the first shot, most likely to find a quiet area of safety in the pasture. David, stationed a little further down the draw, benefited from the distraction to the second Ibex caused by the activity of the first shot. As this second Ibex slowly threaded in and out of the trees inside the brush line in route to a quieter place, David was able to find an opening in the brush that the second Nubian Ibex might cross as it moved forward. The second Ibex crossed the anticipated opening without hesitation and a good shot could not be taken. But, as fate would have it, another opening beyond the first was found and the large Ibex did stop partly in this opening…enough to give a David a quick shot at a vital area. The majestic Ibex lay still
The next animal sought by Mark was a large Trans-Caspian Urial ram. A long and determined search finally located a bachelor group of rams on a higher point of the ranch where the old rams had a great observation point for most of the surrounding area. Using the hill between our location and the area of the bedded sheep, Mark was finally able to draw near to the large ram using the hill as cover for the approach. Not wanting to give the sheep a chance to be alerted by other animals in the pasture, a tenuous perch was afforded by the terrain and Mark was determined to use the opportunity to try a shot. The hunting experience and skill gleaned from years of hunting experience proved to be the edge that Mark needed to make a successful shot on this beautiful ram.
After a short break, it was back to hunting for the majestic Arabian Oryx. (This is an animal that has been brought back from the brink of extinction by private ranches in the United States; re-population efforts in some of the Arabian Oryx native ecosystems by introducing U.S. ranch raised Oryx has been a resounding success. These efforts are supported by funds generated by sustainable hunting of this majestic animal by conservationists such as Mark. Surplus males not needed for the breeding programs on the ranch are released in one of the large pastures for hunting and the funds generated by this hunting of surplus males supports the breeding operation completely by paying for feed, veterinary care, labor for their care, taxes on the land, etc.) The surplus male Arabian Oryx were all in this pasture. Being an animal that uses herd groups as a defense mechanism, these bulls tend to bunch together if any hint of a threat is sensed. Having the keen eyesight to spot any intruder or danger at a distance, this hunt is difficult in that much patience must be exercised to await a safe shot in this group that is constantly moving. After reaching a position that allowed observation of the herd but still gave cover from their searching eyes, a long wait was begun. Many times a shot was almost taken, only to be delayed when another of the thirteen bulls moved into the line of fire of the larger bull as they grazed or as dominance of certain individuals in the herd cause other members to move to a safer position outside of the reach of the horns of the larger bulls. But patience is another trait displayed by Mark that comes as a result of much time spent hunting; his constant readiness allowed him to finally take a clean shot that resulted in his taking of a superb Arabian Oryx bull.
The day started very early and ended very late; but, the rewards were grand for these two friends sharing a special hunt. Please join us in congratulating Mark and David on a successful hunt for some spectacular wildlife.
If you are looking for a special experience either alone or with friends and/or family, please contact us here at the Patio Ranch to build a hunting experience that will be put together specially for you. And at the end of your hunt, we hope that you will have made wonderful memories that you will want to share with people that you meet. Then, like Mark and David, you too will be able to “…tell a different hunting story!!”
May your summer be filled with special memories for a lifetime! 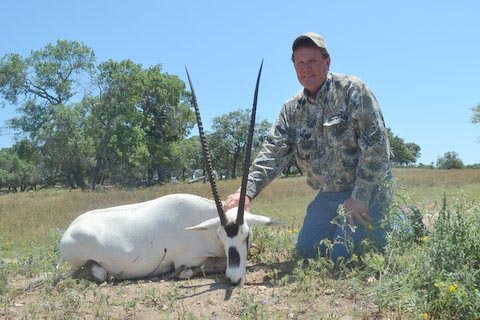 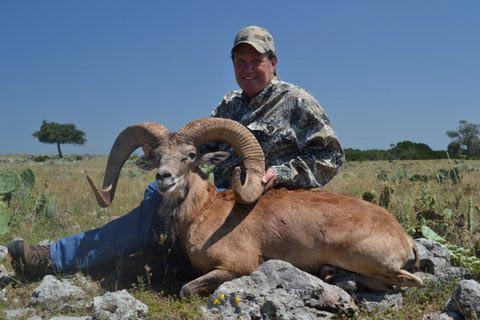 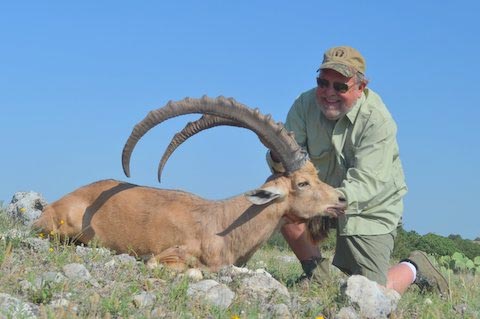 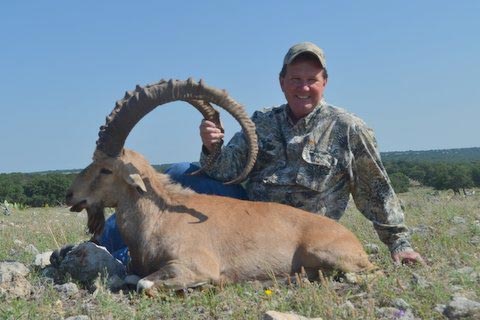