A Short Hunt with Forever Memories!

The three hunting companions had traveled from Oklahoma, taking time from busy jobs to enjoy a much anticipated hunting expedition. This was not the first hunt that the three had shared and, by the enjoyment each seemed to take from the experience, it probably would not be the last. Their light-hearted banter interspersed any conversation. But Chris’ goal was clear: he had made the trip for a large Manchurian Sika that he had seen in pictures from the ranch earlier in the year.
Within 30 minutes of their arrival at the Patio Ranch, the three amigos were already in the pasture searching for big Sika. In short order, Chris was looking at the same big bull that had caught his eye a few months ago in the picture. The first attempt to stalk closer to the big bull made the sika too uncomfortable, so it moved over a hill and out of sight. Realizing where the big deer was probably going, the hunters decided to take a circuitous route and try to cut him off using an adjoining hill as to block their approach from the big Sika. The plan worked as Chris found the bull with two other big bucks a few minutes later. However, the three sets of wary sika eyes were making the approach difficult to accomplish undetected. So Chris adjusted his position to take advantage of any shot opportunity that might be presented from the light cover he was in. As soon as he was set, the three bulls decided to turn and run away from the hunter’s position. It seemed that this second opportunity may have been lost. But as quickly as they had departed, the largest bull stopped and turned to look back. That was the window that Chris needed. He shot and the grand bull took a few steps and fell. The celebration started and pictures were taken to set this hunt in Chris’ memory…mementos of this hunt that can always be looked over to bring back the feelings of camaraderie, the bounty of the land, excitement and beauty of this great animal!
Many of our clients work hard throughout their lives so that they can take advantage of their hunting heritage; please join us in congratulating Chris on this wonderful Manchurian Sika bull and a memorable time with friends that he will always be able to look back to and enjoy. I am sure he will say that the hard work that made the hunt possible was a fair price to pay. We are eager to share time with Chris again and hear him relate the tale of the hunt and memories to friends that have not shared his experience before! We know that they will truly enjoy hearing him “…tell a different hunting story!!”
Good hunting! 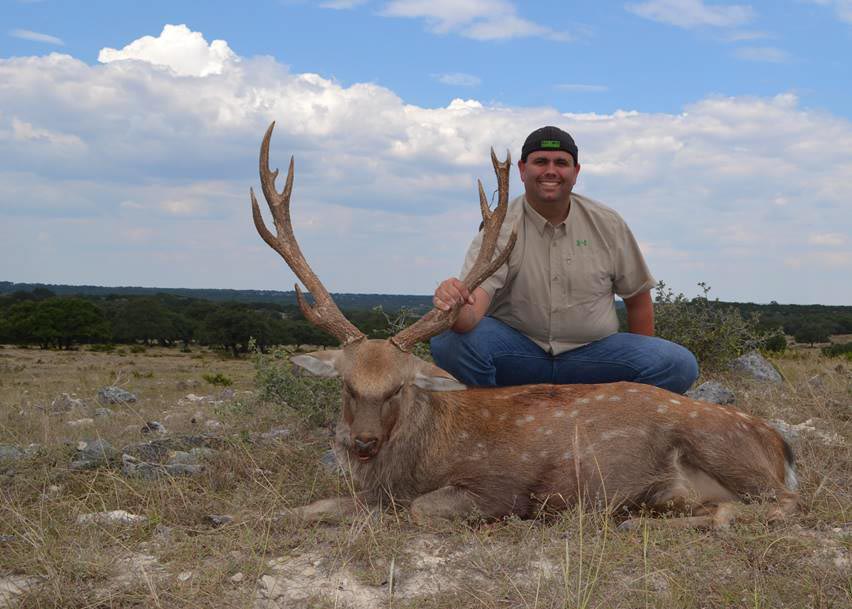