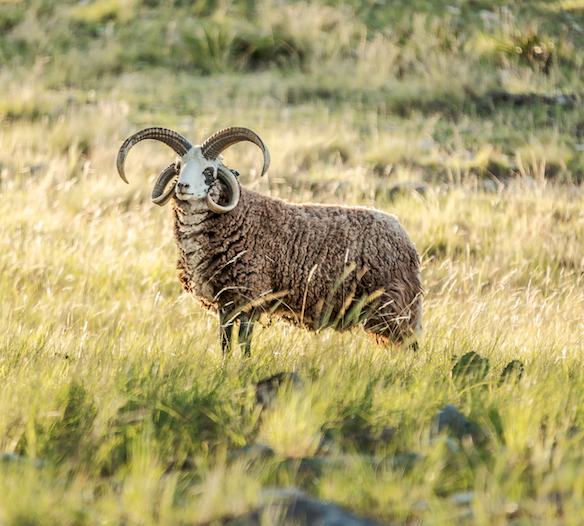 The Jacob’s Sheep, also known as the Four-Horned Sheep, is a species native to the British Isles which have the distinctive trait of having multiple horns. These sheep are prized for their unique headgear, pie-bald coloring, and exceptional wool. Jacob’s Sheep were named for the story of Jacob in the Book of Genesis in the Old Testament of the Bible, in which he described his carefully curated flock whose description closely resembles this species. They commonly weigh over 100 pounds, resulting in a high meat yield when compared to other breeds. The males and females are both adorned with horns, which can vary from as little as 2 to as many as 6, though the 4-horned specimens are the most common.